A 65-year-old male presented with a 0.9 cm dome-shaped dark lesion on his upper chest. The clinical impression was basal cell carcinoma versus recurrent dysplastic nevus. 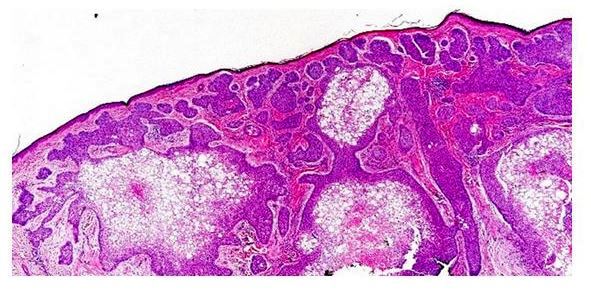 Figure 2: The clear cells are pleomorphic with a single large vacuole in their cytoplasm and a peripheral condensed hyperchromatic nucleus. 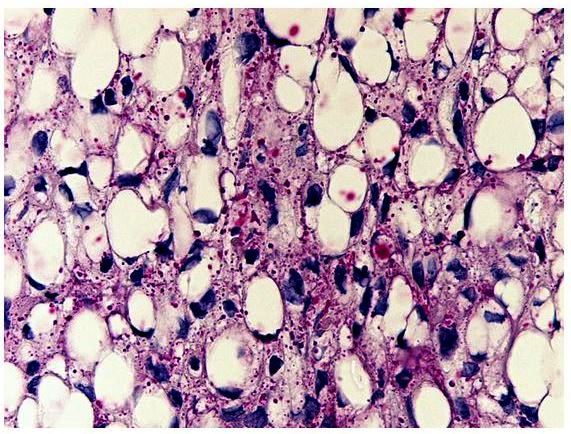 Figure 4: PAS with diastase stain is negative suggesting presence of glycogen but not mucin in the clear cells. 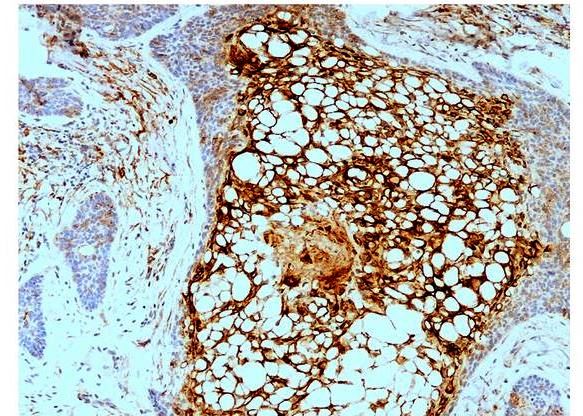 Figure 5: The clear cells are strongly positive with EMA immunostaining. 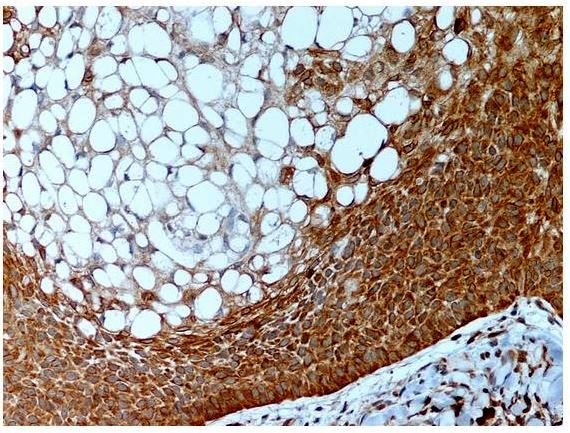 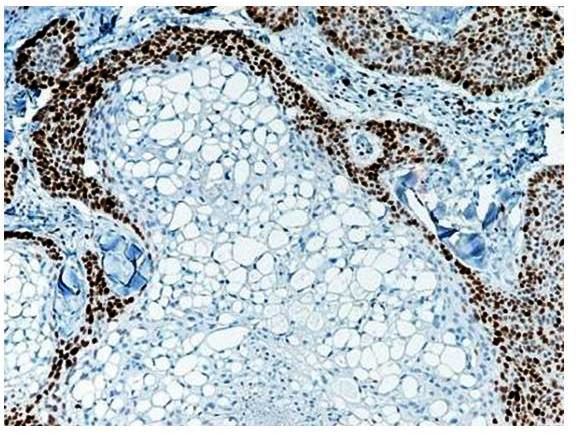 The lesion was completely excised with clear margins. Three years later, the patient remains free of any recurrence.

Clear cell basal cell carcinoma was first described by Barr and Williamson in 1984 . A review of the literature to date reveals a total of 32 reported cases since that first description. Histochemical observations between cases have been inconsistent. PAS staining with and without diastase has been positive for glycogen in some cases but not in others . One report noted the presence of sialomucin deposition  constituting about 3% of the reported cases. Electron microscopic studies have also been variable, as some have observed the large intracellular vacuoles to be membrane bound , while others have not .

Because the clear cells of clear cell BCC stain positive for glycogen, the pathogenesis was initially suggested to be due to trichilemmal differentiation . Subsequent hypothesis have suggested that the large, clear membrane-bound vacuoles are phagolysosomes containing degradation products of intracellular organelles . However, the underlying mechanisms responsible for this histologic subtype of BCC are unknown.